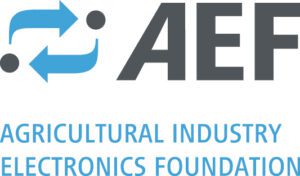 The ISOBUS Plugfest is nearly upon us once again.  Each spring in Lincoln, NE, and each fall in Europe, the AEF (Ag Electronics Foundation) coordinates a Plugfest during which ag electronics from different manufacturers are tested for interoperability.  This fall, Plugfest is October 17-19 and engineers from around the world will be meeting in Stuttgart, Germany.  I counted quickly so my numbers may be off, but I think there will be 74 Ag implement systems (“Clients”) and 42 Ag displays (“Servers”).

As we have been doing for several years, DISTek will once again be participating with a Client device.  And, as we did in Lincoln earlier this year, DISTek will also have a Server station.  The European Plugfest is usually big enough to require each Server station to have two separate displays with an engineer running each display.  So even though DISTek will only have two slots in the equipment list, we will still have three engineers participating at Plugfest.

As if any of that is not enough to entice you to visit Plugfest, several other related AEF activities are also taking place during the week.  Several AEF project teams have face-to-face meetings – Monday, Tuesday, Thursday, and Friday – since many of the team members are together in one place.  On Wednesday, AEF is having its General Assembly meeting for members followed by the AEF Conference Day.  And Wednesday evening is also the traditional Plugfest dinner where we all get to lift our heads up out of our computers for a bit and relax with our industry colleagues.

If you are attending Plugfest and want to chat, look me up.  You can contact me here or find me at the event or one of the meetings.  Be on the lookout for another blog post in a few weeks for a report of the Plugfest and any interesting or noteworthy items that came out of it.  If I do not see you at this Plugfest, maybe I will see you at the next one.  I encourage anyone who works with Ag electronics to at least visit for a day.