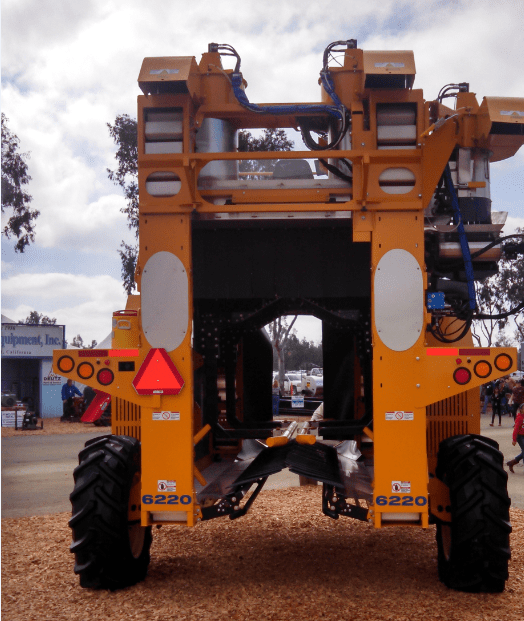 Back in February, I attended the World of Ag Expo in Tulare, California.  While there, I noticed something was featured more prominently at this show as opposed to the shows I regularly attend in the Midwest.

Organic and sustainable farming booths and displays were everywhere, which, if you drove to the show from, say, Fresno, you saw multiple signs highlighting the prolonged drought they are in the midst of.

I thought the drought was a relatively recent event in the San Joaquin Valley, but after talking to locals I found out that media coverage of the drought is the only thing recent about it.  People there told me the drought has been going on for the better part of 20 years, with some years better and some worse, but overall dryer than some of the old timers talked about from days long past.

This ecological event, combined with a push, particularly here in the U.S., to eat organic, or at least all natural foods, has forced/nudged farmers to use alternatives to the old run-all-night sprinklers and Roundup related sprays on their fields.

Of course, we here in the Midwest see electronics coming in to play to monitor water usage in irrigation, but some products out there seemed just plain genius to me.

The first one I inquired about looked like several air conditioning units hooked together like a planter.  It was, in fact, a machine designed to vacuum bugs off of fruits and vegetables such as strawberries and broccoli.  This machine goes over a row sucking up the little pests and grinding them up in the fan at the top, or on the plates if some manage to slip through. 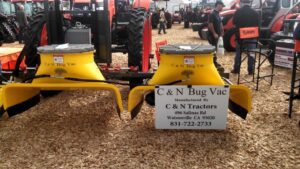 I then saw a hyper precise sprayer for table crops. 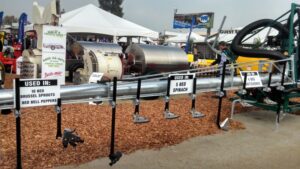 No drift here and precision down to the row.

But the pièce de résistance for me was the pull behind flame thrower!  This thing is awesome and obviously there is no run off to get into the water supply, and I don’t care how tough a weed is, or how Roundup resistant it gets, nothing is surviving a blast from this bad boy. 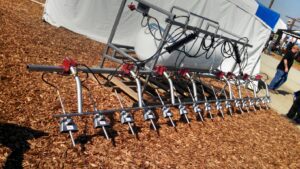 This show in particular showed me that farmers, and the industries supporting farming, are really leading the charge when it comes to feeding the world responsibly, sustainably and awesomely.

Thanks to those of you leading the charge!