The 2000s were a tumultuous decade, bookended on the front end by the dotcom bubble bursting, Enron collapsing with Arthur Anderson, and the September 11th attacks, and on the backend with the financial crisis and the great recession. In the world of technology, we saw the quick spread of broadband internet and the broad adoption first of cell phones and PDAs before the two merged by the end of the decade into the smartphone. The internet seemed to get its legs in this decade with the advent of such tools as Google Maps, Wikipedia, YouTube, and social media. 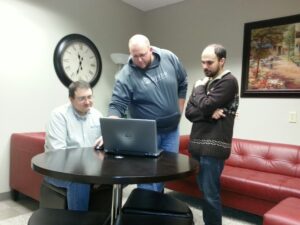 If you’re a regular reader of this blog, then you probably know a lot of about the areas that DISTek works within. Our expertise ranges across the off-highway vehicle industry (including agriculture, construction, and forestry) with engineers that specialize in a variety of disciplines. Out of convenience, we typically group these disciplines into three big areas (“embedded software”, “automation and test”, and “modeling and simulation”), but the reality is that we do all kinds of projects that cross-over between these disciplines.